What is the new super-deduction tax scheme? 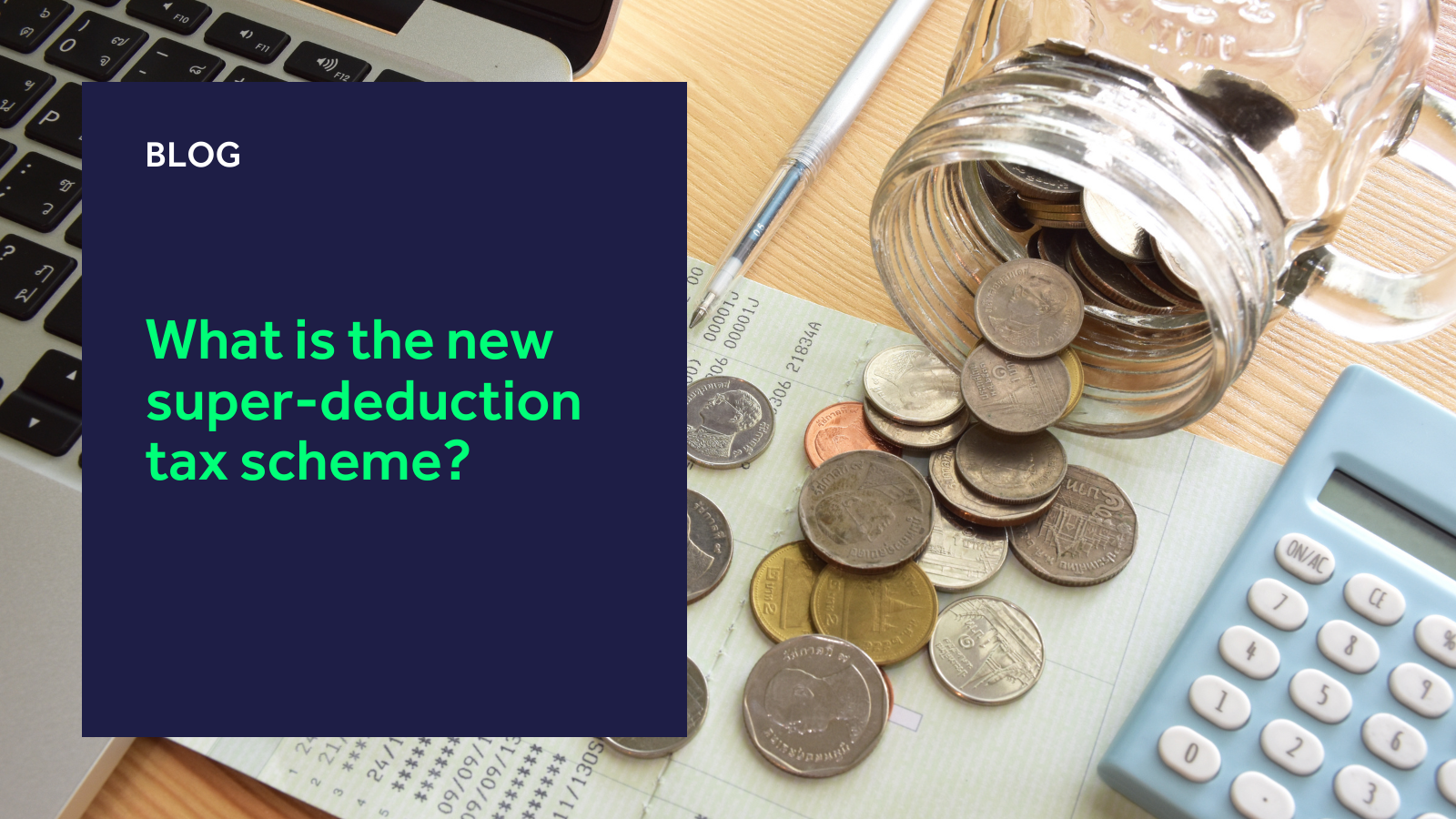 The UK government has introduced several new capital allowance schemes in a bid to boost the nation’s economy and encourage more businesses to invest in technology.

Companies who invest in new plant and machinery equipment – including IT hardware and software – can now receive a staggering 130% tax deduction on qualifying investments.

Effectively, for every pound a business invests, their taxes can be cut by up to 25p providing not only a boost to the UK economy, but also to eligible companies as their cash flow will be improved due to a reduction in payable tax.

What are capital allowances?

Capital allowances permit tax payers to ‘write off’ the cost of certain capital assets against taxable income. In effect, they replace accounting depreciation.

However, the UK government has introduced several new capital allowance schemes that companies can now utilise to pay less tax on plant and machinery investments.

One such example is the ‘super-deduction’ scheme that enables a 130% first-year relief on qualifying investments in main rate plant and machinery equipment until March 31st 2023.

What is classed under ‘plant and machinery’?

The term ‘plant and machinery’ is quite vague and actually encompasses a wide range of investments.

It should be noted that almost all IT equipment – be that software or hardware – is eligible under the new super-deduction scheme providing it is capital in nature.

This includes software, computer hardware, and anything that would, normally, fall under these categories. For example, PoS systems count since they cannot be used without terminals.

Other internal costs – such as salary costs, contractors, third-party development costs and software/hosting expenditure – can also be included providing they are capital in nature.

More guidance on the eligibility of different types of investments for the varying types of capital allowances can be found here.